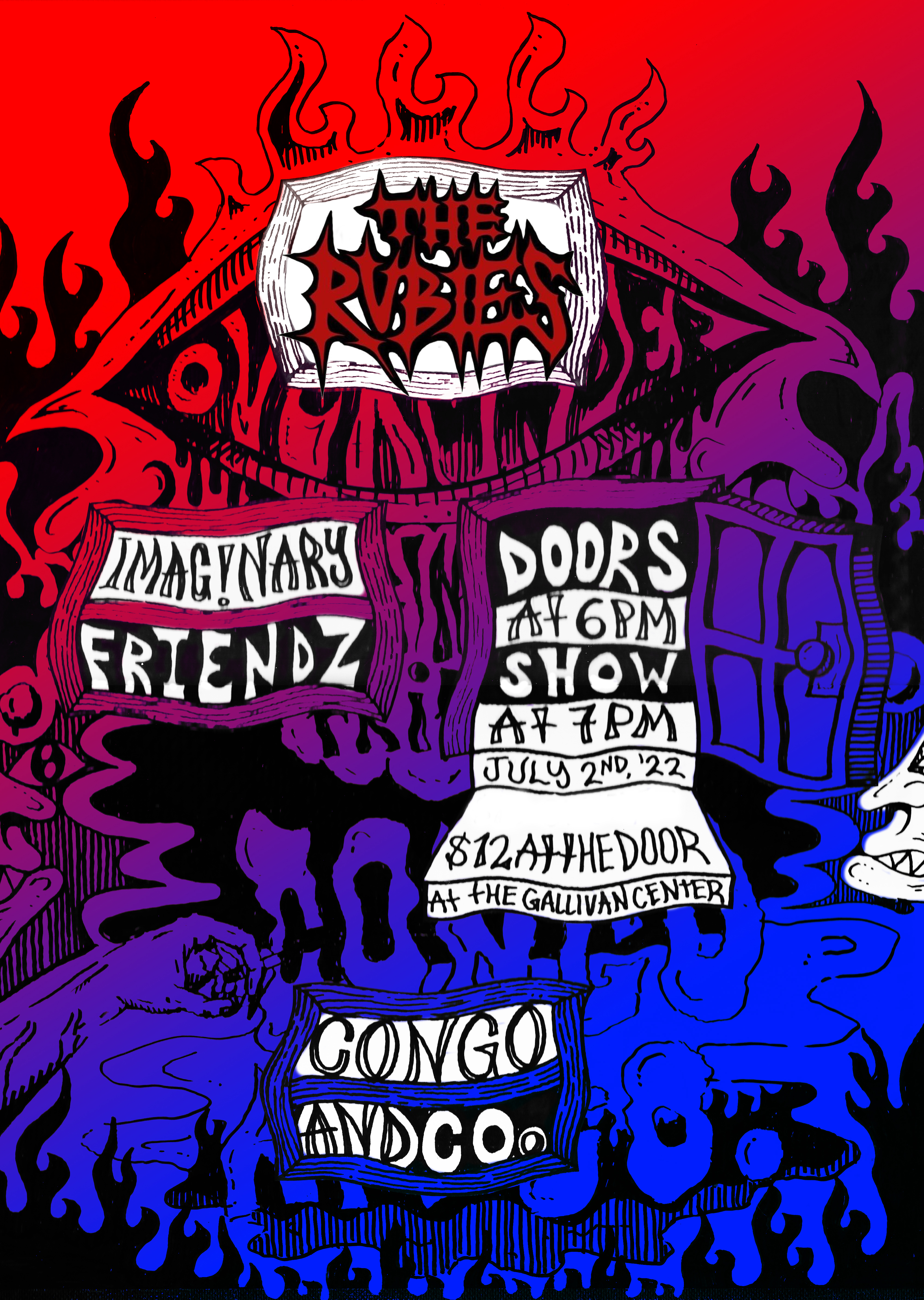 Due to unforeseen circumstances, Over Under is unable to perform. However, we have The Rubies onboard and ready to rock and roll! Comprising of vocalist Aubrey Auclair, Guitarist Colette Macfarlane, Bassist Avery Davis and Drummer Esther Olsen, The Rubies formed in 2017 in Provo, Utah as an all female indie-rock group. Their 2019 debut EP titled “I’ve Been Thinking” delivers a warm combination of 80’s pop influence and contemporary lush instrumentation. The glittering single “Feeding Me Lies” garnering over 50,000+ streams since its release has secured the Rubies as one of Utah’s most promising acts. Achieving back to back sold out shows at Utah’s award-winning and renowned music venue The Velour & Salt Lake City’s Kilby Court. The band most recently performed at Provo’s Utah rooftop concert series and release a new single titled “I’m Not Leaving You Tonight” & “Something You Should Know” the band has no signs of slowing down and is poised to return to the stage and share a new project that they’ve been working on for the past year. Fans of hit groups such as COIN, The Aces and Dirty Hit essentials such as The 1975 and Pale Waves should take note a closer look as The Rubies promising talent and ambitious attitude that will solidify them as a top artist to watch as we progress into 2021 and will not disappoint. The Rubies’ unique writing style and zippy guitar rifts will cater to the ears of indie-pop enthusiast everywhere. A genre-bending, alternative trio taking today’s music to the next level. With their sound incorporating ‘60s West Coast rock guitar solos to late ‘90s Grunge rock drumming patterns, IMAG!NARY FRIENDZ has taken advantage of notes left behind by musical legends. Pulling influences from The Beatles, Jimi Hendrix, Stevie Ray Vaughan, Foo Fighters, The Black Keys, and Arctic Monkeys, there is a little taste of every era for their fans to latch onto. It is important for IMAG!NARY FRIENDZ to make their music a place where wandering Rock lovers can find a place of nostalgia in a world polluted with Pop. Congo & Co. is an improvisational jam collective lead by Kip Congo. Inspired by giants like: ‘The Grateful Dead’, ‘Dave Matthews Band’ and ‘Phish’, Congo & Co. will provide you an experience as new for them as it is for you. Born and raised in Ogden, Kip Congo continues to push the Utah music scene through means of creation, collaboration and camaraderie. You’ve been invited to tune in and be in good Company.